Skyscrapers have captured the imagination of people since the first one was built in Chicago in 1885.

No matter whether they represent everything about capitalism or serve as an excellent example of civil engineering, there’s no doubt that some of them are tourist destinations due to their impressive skylines.

Having said that, here are 3 of the world’s best skylines that serve as major tourist attractions:

The most notable landmark, called the Marina Bay Sands, and which is located on the waterfront. Costing about $8 billion SGD, it is the world’s second-most expensive property. Consisting of 55 stories, the building consists of three towers that are connected by a boat-shaped rooftop structure. Not only does this structure have one of the world’s best swimming pools but almost 2500 hotel rooms. 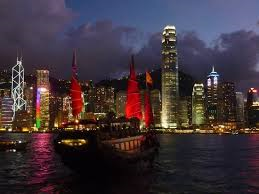 Without a doubt, the Golden Gate Bridge is a structure that stands out in San Francisco. Stretching for almost 2 miles, the bridge is considered to be one of the most beautiful in the world. It was also the longest suspension bridge in the world until 1964 where its towers stand at 700 feet above the water. Tourists can take photos of the bridge from the Marin Headlands.

Everyone knows the Burj Khalifa and which stands at 2700 feet tall. Considered to be the tallest structure of all, it is 1000 feet taller than the Willis structure in Chicago and its rooftop which appears needle-like can be seen from miles away. That said, it cost the emirate of Dubai a lot of money to build and which is why bankruptcy was declared as soon as the Burj Khalifa opened its doors for the very first time.